From Sep. 1 to 6, the 17th IEEE International Symposium on Electrets (ISE) was held in Limerick, Ireland. The ISE is held every two years, and every session has attracted many scholars from various countries and regions in the world. From China alone, professors from Fudan University, Tongji University, Chongqing University, Chinese Academy of Sciences and other scientific research institutes have all attended the conference. At this session, an article by Luo Anxin, a doctoral student enrolled in 2017 from the Wang Fei Research Group of the school was accepted by the organizing committee of the event and selected to give an oral report. At the symposium, most oral reports are made by professors, and Luo Anxin was one of the few students invited to deliver the oral report. Luo Anxin enrolled in the Southern University of Science and Technology in 2013 as an undergraduate. He joined the research group of Professor Wang Fei as a sophomore. After graduation, he was recommended to the research group of Professor Lu Yan from the University of Macau as a jointly-trained postgraduate. 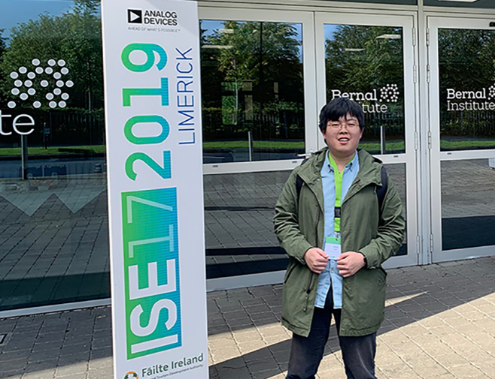 Luo Anxin at the ISE venue 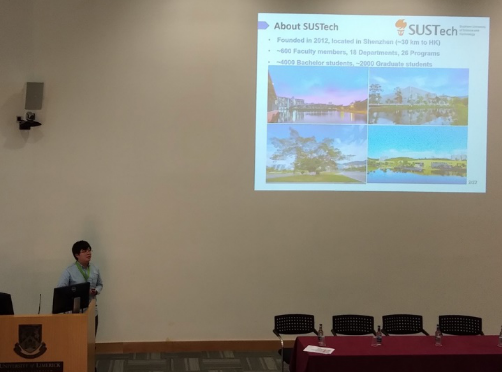 Luo Anxin's report attracted the attention of many scholars attending the meeting. Professor G. M. Sessler, founder of the electret material and nearly 90 years old, was very interested in Luo anxin's research and held a heated discussion with him on the mechanism of charge decay in electret materials at the venue. After the report was finished, Professor Sessler also had an in-depth converstaion with Luo Anxin in the social activities organized by the event. 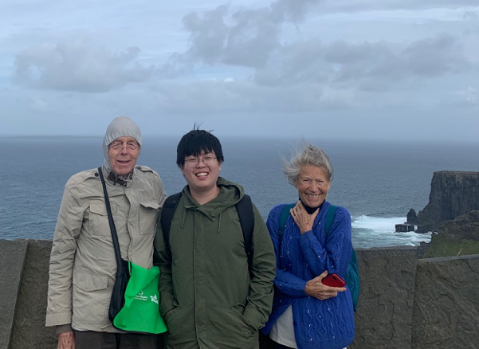 Introduction of the research group:

Based on nano-materials and micro-devices, Wang Fei's research group has effectively improved the monitoring of different gases, such as ethanol, acetone, hydrogen, and sulfur dioxide in different humidity conditions, and has long been committed to developing high-performance, low-power micro-sensors. In recent years, many articles of the group have been published in Sensors and Actuators B: Chemical, IEEE Electron Device Letters and other professional journals in the sensing field. The research group has received support from the National Natural Science Foundation of China, Foundation of Guangdong Province for Outstanding Young Natural Scientists and the Special Fund of Shenzhen for the Development of Strategic Emerging Industries, etc.


Teachers and Students of the School at Huawei Connect 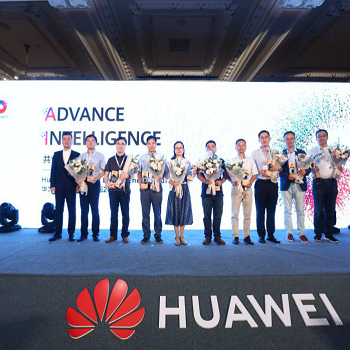 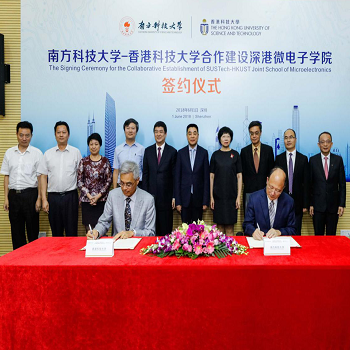